Thank you to Click Communications for providing me with  a copy of the DVD’s mentioned to review. All opinions expressed are my own. This post may include affiliate links. 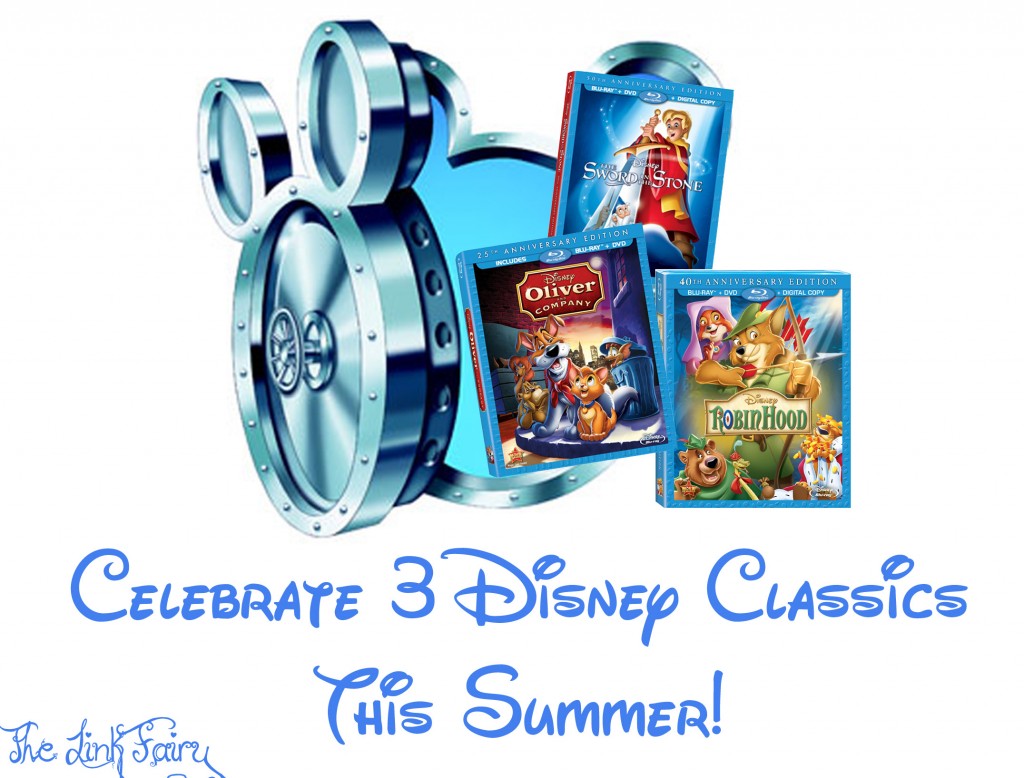 I’ve been a Disney fanatic ever since I was tiny, so when I was give the heads up that 3 of my favorite Disney Classics would be emerging from the Disney Vault this Summer, I was ecstatic! Come August 6th, Robin Hood, Oliver and Company and The Sword in the Stone will be available on Blu-Ray+DVD+Digital Copy in a store near you!  What’s great about these releases is that the sets come with a Blu-Ray DVD, a regular DVD and  a code for a digital copy that can be used on tablets, computers and other digital media.

Getting to know the films

The Sword in the Stone 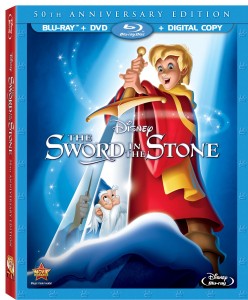 Be enchanted with the 50th anniversary of this spell-binding Disney classic. The film follows a young orphan boy, dubbed “Wart” by his mean heart-ed master and son, Kane as he discovers the meaning of confidence and friendship. Along the way he meets the wizard Merlin who; knowing the boy’s future as King Arthur, insists on teaching him the ways of the world and right from wrong. Through Merlin’s teachings Wart learns that knowledge is power and to trust his instincts. With his newly found inner strength and pureness of heart, Wart is able to put his fears aside, follow his destiny and becomes a leader to all. 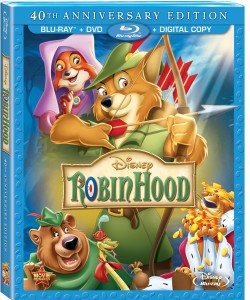 OO-DE-LALLY!! The 40th anniversary of Disney’s beloved classic Robin Hood will be available for the first time ever on Blu-Ray! Ready your archer skills and get ready to save the day as Robin Hood defends the poor townsfolk of Nottingham from the mean King John. With his trusty partner in crime, Little John and his band of Merry Men by his side, Robin Hood heads out to win the hand of the fair Maid Marian and restore the rightful King Richard to the throne.  Join these unforgettable Disney characters as they outfox King John and bring happiness back to the land of Nottingham! 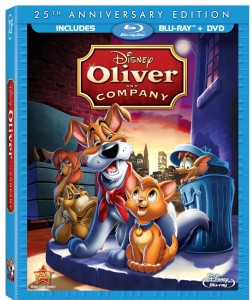 Dive deep into the heart of New York City with the 25th anniversary Blu-Ray DVD of Oliver and Company! Watch as a young orphaned kitten stumbles upon and befriends a no-worries pooch named Dodger and his band of misfit dogs. After loosing the kitten during a job for their master, Fagen, the mutts come together to save the kitten from his possible fate with humans. What they don’t realize is that the kitten, now named Oliver by the little girl Jenny who found him, loves his new life! When the dogs make the mistake of rescuing Oliver from his new home, Jenny gets kidnapped by the evil Mr. Sykes. Now Oliver and friends must team together to save Jenny and the day!

My kiddos absolutely adore all 3 movies. The Blu-Ray looks stunning and having the regular DVD lets us take the movies with us in our mini-van.  The Sing-Along modes in the bonus features are loads of fun since it gives us a chance to learn the words to our favorite songs. It’s so wonderful to be able to share these Disney Classics with my family and watch as they enjoy them as much as I did when I was a child, and still do!

Thank you to Click Communications for providing me with  a copy of the DVD’s mentioned to review. All opinions expressed are my own. This post may include affiliate links.