I participated in an Influencer Activation on behalf of Influence Central for Lionsgate. I received a promotional item to thank me for my participation. 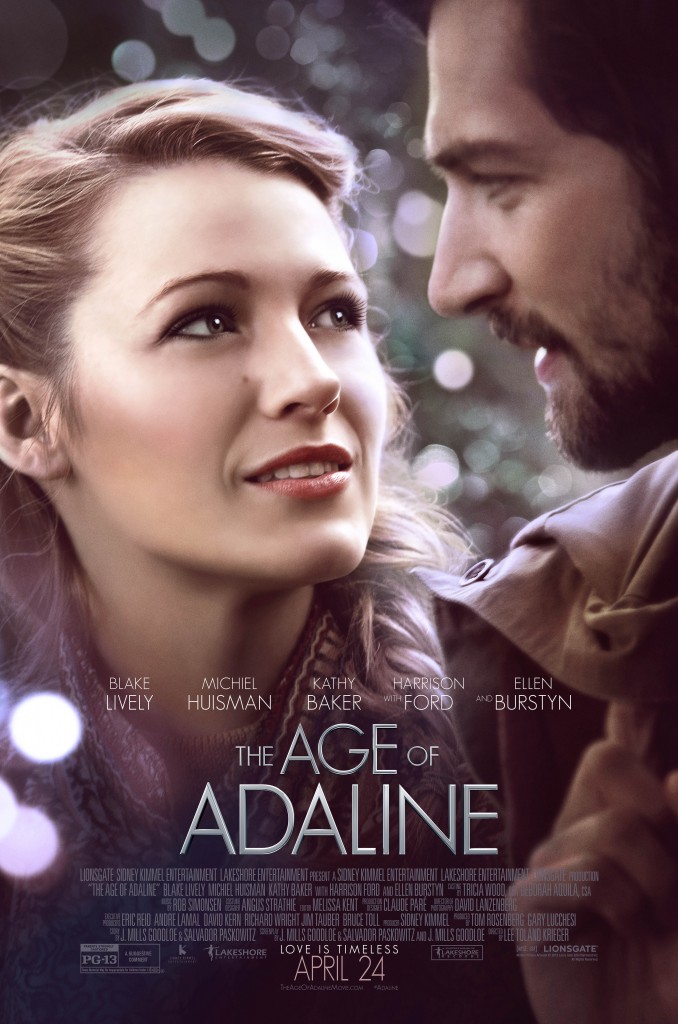 When it comes to growing older, I don’t think there’s a person out there that hasn’t wondered what it would be like if we could stop time and in our prime and stay that way. With my 29th birthday on the rise, I feel as though the years since becoming an official adult, wife and mother have all gone by so fast! The thought of never aging and living on as I am in this moment sounds like a wondrous idea, but as I think about it longer, knowing my loved ones would grow old around me seems less and less appealing.

The idea of never aging and living an almost immortal life is the premise in the new upcoming film, The Age Of Adaline, hitting theaters April 23rd! In the film, Adaline Bowman, (played by actress Blake Lively) lives a normal and fulfilling life with her husband and daughter until the day her car veers off the road into a river and she is struck by lightning. Ever since the accident she has yet to age a day and must live  her life on the run and deal with the harsh reality of those she cares about growing older around her, including her daughter.

Having become a mother myself to two daughters, I feel drawn to the relationship Adaline and her daughter portray in the film. The feeling of everlasting motherhood no matter the age of your child is something that will truly last the test of time. I’m sure as someone who can’t age, that Adaline has to deal with many feelings regarding her and her daughter but what seems to surpass it all is her want to be a part of her life in any way possible, and this I can completely understand. Since what mother wouldn’t do anything to near her babies.

The new film, The Age Of Adaline perfectly represents what it’s like to be a parent in it’s own whimsical way and how that relationship can transcend time it’s self. Through Adaline’s wondrous journey through the ages we have the chance to see her feelings for her daughter grow as she does. I think The Age Of Adaline is a great family friendly movie and I can’t wait to see it in theaters myself!

Be sure to check out The Age Of Adaline, in theaters nationwide on April 23rd!

Take a look at the trailer below and find out more HERE!