Thank you to Shout! Factory for providing me with a sample to write about. 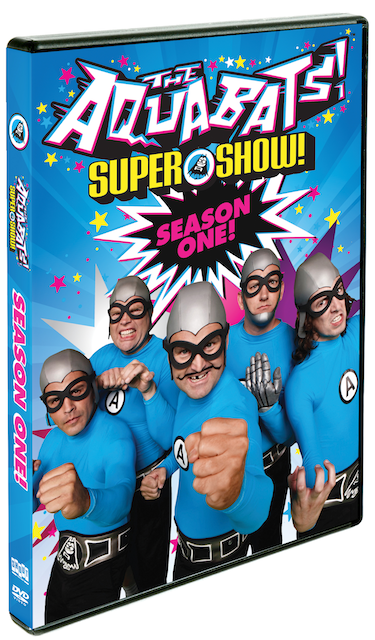 Strap on your super boots and get ready to save the world! The Aquabats! Super Show, Season One is set to release on DVD May 21st! Follow the Galaxy’s first band of musical, crime-fighting superheros as they conquer evil doers one crazy situation at a time. Headed by the leader, MC Bat Commander, The Aquabats! encounter a new adventure every episode as they set out to save the world.

The Aquabats!, who were founded by Christian Jacobs (also co-creator of the hit children’s show, Yo Gabba Gabba) in the 90’s and are on a never-ending quest to right wrongs, destroy boardom and seek justice for all! The Aquabats! Super Show! currently airs on The HUB TV network with season 2 set to premier this summer.  When they’re not fighting crime, you can find The Aquabats! on tour this Summer as part of the Van’s Warped Tour.

The new season one DVD offers loads of great extras as well as 2 DVD’s with 13, full length episodes. Extras include:

We were given a copy of the The Aquabats! Super Show, Season One to check out. The show is bright, goofy and fun for kids. My children enjoyed seeing the funny looking villians and the silly situations The Aquabats! end up in. The style of the show is a bit on the corny side. A few of the episodes I found a little too campy, but then again, my kids loved it and it’s meant for a younger audience.  The team of superheros encounter a new earth threatening situation each episode which they must work together through to save the world. The show incorporates live action with cartoon videos and music breaks. You even catch a few famous faces such as “Weird Al” Yankovic, Lou Diamon Phillips (Southland), Jon Heder (Napoleon Dynamite) and more! 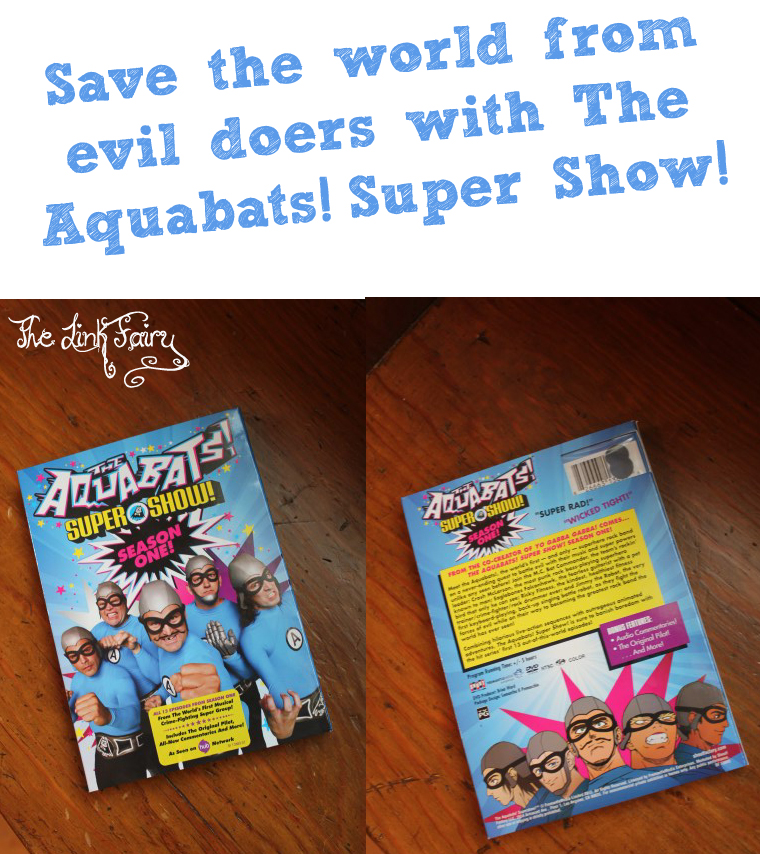 If you have a kiddo who always seems to be saving the day, The Aquabats! Super Show! would be the perfect TV program for them to catch!

The Aquabats! Super Show! Season One releases onto DVD May 21st for a suggested retail price of $19.99.

Enter to win a copy of The Aquabats! Super Show!

Enter through the widget below. Giveaway ends on May 21st at midngiht. Open to US Residents 18+.