Thank you to Click Communication for providing me with a sample to review. All opinions are my own.

Captains, start your engines and get ready for a rip rolling and soaring adventure with Disney’s Planes! Follow Dusty Crophopper, a small town crop dusting plane as he journeys to become to the top racer and flyer in the greatest and longest air race in the world! Dusty has to over come his fear of heights to show the world that small town planes can make a difference. Along the way he meets some new friends and discovers things about old ones that bring him closer to finding himself. Find out how high Dusty will soar in Disney’s Planes Blu-Ray Combo Pack! 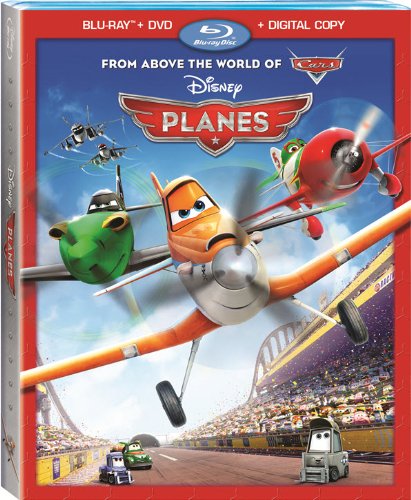 I have a massive space for Planes in my heart since it was the first real movie we took our kiddos to see and the fact that I got to attend the red carpet premier of the film in L.A! We all love the movie and it’s a great uplifting film for kids to learn to go after their dreams no matter how high they may seem. The Blu-Ray offers some awesome features and backstage looks at the film such as:

It was so much fun getting to relive Planes at home and see how happy my kiddos were to watch it again. The bonus features were great and bring a whole other aspect to the film that I appreciate. If you’re looking for a great movie for the whole family, Disney’s Planes is a sure thing!

Be sure to grab a copy of Disney’s Planes on Blu-Ray Combo Pack on Amazon.com