I am being provided with a media stay and park tickets through The Walt Disney World Swan and Dolphin Resort. All opinions are my own.

No matter what your age is, there’s nothing more exciting than a Disney vacation. Why not add a little extra pixie dust to the trip and surprise your kids with the announcement of a lifetime. As a parent, seeing the look on my kid’s faces when they hear we are going to Disney is one of the most magical experiences of all and it’s even better when that Disney trip is a total and utter surprise! Check out my top 5 fun ways to surprise your kiddos with a Disney vacation and capture the magic yourselves.

Who doesn’t love a good treasure hunt and when a trip to Disney is the treasure, it’s even more magical! Place clues and fun surprises around the house or outside the home that will lead the kids to a Disney filled treasure. Using things like Disney stuffed animals along the route, a treasure chest full of Disney Park maps, Buttons, Disney Dollars and more will make a wonderful treasure.

I was recently invited to experience a 4 night stay at Walt Disney World’s Swan and Dolphin Resort in The Walt Disney World Resort in Orlando, FL this May. Since my kiddos love Peter Pan and Captain Hook, I decided a treasure hunt would be a fun way to reveal the magical vacation ahead of us. I created a letter from Peter Pan telling the kids that Captain Hook had stolen his treasure and it was hidden somewhere in their house. They had follow the gold pieces that Captain Hook dropped to find the treasure. When they came to the end, there was a treasure map stabbed to the wall with a pirate sword with pictures for them to decipher what was happening. They also found Disney luggage filled with items they could use on our trip, a treasure chest full of Disney park maps, buttons, and Disney Dollars (Disney’s own currency).  The kids absolutely loved finding a surprise treasure in their house, especially from Captain Hook!

2 – A Surprise Letter From Their Favorite Disney Characters

What kid doesn’t love getting mail and a letter from Mickey, Minnie and the gang is even BETTER! Print out a fun letter from the Disney gang or your child’s favorite character and mail it to your home. In the letter let your child know that their friends in the parks can’t wait for them to come play and have fun! Spice up your letter by including Disney Dollars for your little one to spend through out the parks and hotels. Not only are Disney Dollars fun for the kids, they also double as a great souvenir! If you aren’t local to a Disney park, Disney Dollars can be bought over the phone with a credit card or through the mail with a cashiers check ( A minimum of $50 Disney Dollars must be purchased and there is a $15 shipping charge). 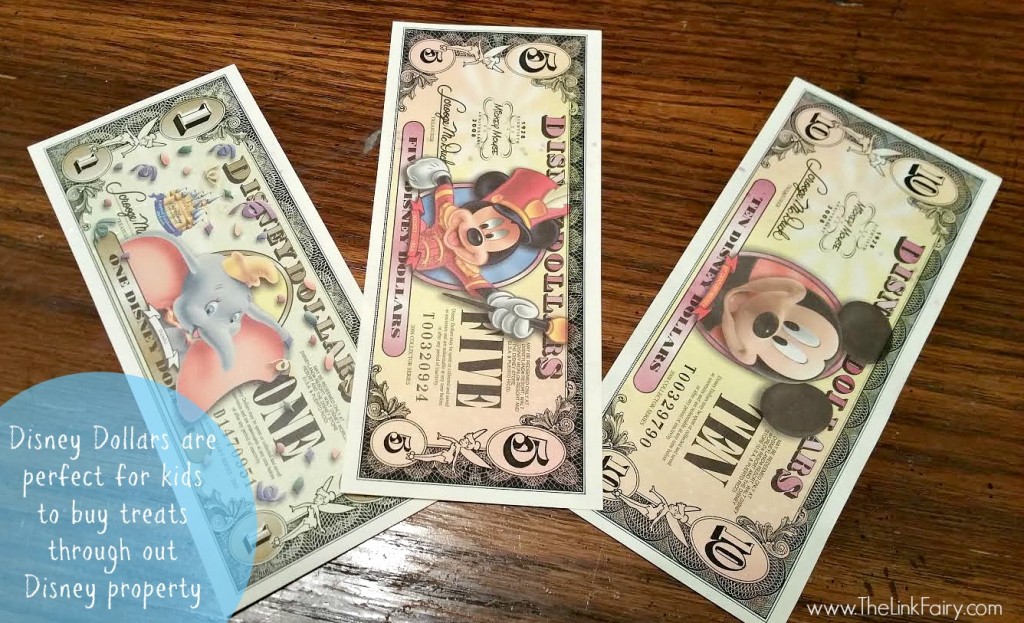 Give the kids something fun to eat through a surprise Disney reveal meal. Create your own fun Disney meal by making food into character shapes, making Mickey Mouse cookies, or even spelling it out by using a pancake pen to create edible words! Either way your kids will love being able to devour their special surprise.

If your child is getting ready to celebrate a birthday or another special holiday is on the rise, surprise them with opening a Disney vacation gift! Gather up a few items they could use on the vacation and place them in a box. Layer them on top of a letter or even your Magic Bands and see if they guess before getting to the pièces de résistance at the bottom!

If you’d like to use the same letter I created from Peter Pan, you can download it HERE! (this one will not have a water mark on it)

5 – Surprise Them at the Airport

By far the hardest part as a parent is holding in this MASSIVELY AWESOME surprise from your kids, which makes this one the hardest to pull off in my eyes. Don’t tell your kiddos anything and be sure to have the car packed and loaded so they can’t tell. Tell them you need to go shopping or somewhere around town and gather everyone in the car. See if they notice where they are going (hopefully they won’t) and once you pull up to the airport, hand them their bags and let them know they are going to be blasting off to Disney in just a few minutes!

Whether you choose to host a treasure hunt or surprise your kids with a magical airplane ride, be sure to capture the reveal on video! There’s nothing like being able to look back and see how excited they were to be heading off on a Disney Vacation.

Take a look at how our reveal went!